When the Panasonic Lumix FZ1000 was first released, it was one of the best zoom cameras on the market. Thanks to its larger sensor, ease of use, excellent autofocusing, and the inclusion of 4k video technology, the FZ1000 consistently beat its opponents in the races.

It was a pretty penny at the time, but things have changed now that time has passed…

5 years later, it’s is still an impressive piece of equipment, and this Panasonic Lumix FZ1000 review will show you everything you need to know.

In this panasonic lumix dmc-fz1000 review, we look to see if the camera has aged gracefully enough to justify it’s new, lower price. Is this still one of the best budget cameras for photographers?

Is it still a worthwhile investment for both hobbyists and photography beginners alike? Read on to read what we have to say about the Panasonic Lumix FZ1000 these days.

Video: Up to 4k video recording

The FZ1000 is a long zoom or “bridge” camera, which is essentially a hybrid of a point-and-shoot and a DSLR. The idea behind bridge cameras is to combine the most desirable traits from both systems – the accessibility of a point-and-shoot combined with the image quality of a DSLR. Many people find this system enjoyable as they don’t have to worry about changing lenses or fiddling with overly complicated settings.

Whether or not it’s too big is really a matter of preference; some photographers may feel burdened by the Panasonic FZ1000 while others may find it well-balanced.

The Panasonic FZ1000 has a lot of buttons and dials that can be used to control exposure. These are all well placed and shooting feels very natural with the FZ1000.

Note: if there is a setting you cannot change via the physical controls, you can change the buttons’ function through the in-camera menus.

The Panasonic FZ1000 is made from high-grade plastics and rubber materials. Whether or not photographers like the feeling of plastic in their hands is up to them, but I will say that rubberized grips are a nice addition. This camera was not built to withstand the elements though, so be careful when taking it into adverse conditions.

Users can cruise through the in-camera menus without experiencing any sort of lag. The menus are well laid out and very easy to understand. We mentioned that the start-up time is quick as well, which means you won’t have to wait to start shooting.

On that note, the LCD screen of the Panasonic Lumix FZ1000 is bright and clear, further adding to the optimal menu-browsing experience. It’s not a touchscreen but the inclusion of such tech kind of feels like it would be superfluous. The screen is physically modifiable and can be rotated on several axes.

One of the most impressive parts about the Panasonic Lumix FZ1000’s performance is the amount of burst shooting modes it offers. Users can shoot up to 12 fps with the manual shutter and even 50fps under certain conditions (no RAW, 5 Mp files, electronic shutter).

Given the FZ1000’s stellar autofocus, moving targets shouldn’t be a problem. (Note that Live View is only available at 7 fps or less.)

The EVF of the dmc-FZ1000 was one of the highest quality EVFs at the time of its release and it is still impressive to this day. The attention paid to such tech is especially appreciated by photographers; one look through this baby and you’ll see why.

One thing that the FZ1000 lacks is a built-in ND filter, which some photographers use to mix things up. It’s not a huge exclusion – the FZ2000 has one – but for some, it’s an important feature.

With a larger than average (for a bridge camera) 1” sensor and excellent optics, courtesy of Leica, image quality in the Panasonic FZ1000 is a cut above the rest.

Most bridge cameras have smaller 1/2.3” sensors, which do not handle low-light situations very well, much to the frustration of enthusiasts. With a larger 1” sensor, the Panasonic FZ1000 has a respectable dynamic range and handles noise gracefully.

Images shot at higher ISOs retain detail and color, and are still usable at extreme ISOs. If you’re a photographer that likes to shoot in dimly-lit situations or needs more ISO for compensation, the FZ1000 is still one of the best bridge cameras on the market.

Although sharp, the lens of the Panasonic FZ1000 is not the longest or fastest lenses out of all the bridge cameras. Many other rival models can shoot at longer focal lengths and at a constant f/2.8 aperture, which would be an argument against the FZ1000 if the camera didn’t beat its competitors in nearly every other optical category. With the larger sensor, images from the FZ1000 look better, and so the trade-off is more than acceptable.

Those who want a bridge camera with a bit more length should consider upgrading to the newer model: the Panasonic Lumix FZ2000.

Let it be said, bridge cameras are still not as adept at handling harsh lighting conditions as an APS-C or Full Frame camera.

The Lumix FZ1000 focuses quickly and accurately thanks to the inclusion of Panasonic’s own “Depth from Defocus” technology. The autofocus is so quick that it leaves other bridge cameras in the dust, and can even be compared to some more premium DSLRs. Officially, the dmc-FZ1000’s autofocus is rated at 0.09 seconds and 0.17 seconds at the telephoto end.

In very few circumstances does the Panasonic dmc-FZ1000 fail to hit its target. From startup to shutter press the camera is quick to lock on target and stick to it if tracking is being used. Combined with the zippy processor and high-speed continuous shooting, you can get a lot of sharp, accurate photos with this camera.

The inclusion of in-body 5-axis image stabilization is another +1 point for the Panasonic Lumix FZ1000. Blurriness caused by camera shake is a big problem at lower shutter speeds but image stabilization (IS) compensates for this. IS means there’s a better chance your images will be optimally sharp even if the Lumix dmc-FZ1000 is moving, whether on purpose or not.

I’d spend more time talking about the focusing capabilities of the Panasonic Lumix FZ1000 but I feel like it’d be wasted. All that needs to be said is that the FZ1000’s focusing works very well.

Like any good autofocus system, you’ll forget that it’s even there, and there will be very few moments where you become frustrated with the Panasonic Lumix FZ1000’s autofocusing system.

Considering all that has been said up to this point in the review (i.e. focusing, low light performance, and processing times, in addition to 4k video), it is easy to state that Panasonic Lumix FZ1000 is a very capable video camera.

Though the inclusion of 4k is not as impressive as it was 4 years ago (more and more bridge cameras can shoot 4k these days), the FZ1000 still works very well as a 4k camera. For both video and stills, the Panasonic Lumix FZ1000 is a great choice.

For videographers, 4k is a no-brainer as it is the current industry standard. Add in tight autofocus and quick processor and the FZ1000 is a competent machine.

Note that the FZ1000 extrapolates 4k from an 8Mp surface on the sensor, which effectively narrows the FOV to around 35-600mm. Telephoto lovers won’t mind this change but those needing wide angle shots may be peeved.

What is most notable about the FZ1000’s 4k video capability is the prospect of pulling stills from a video. When editing a 4k video frame-by-frame, 8Mp still images can be taken directly from 4k videos. This sort of technology makes it easier to nail those difficult action shots.

The potential of 4k technology for still photography is immense and becoming more and more popular within the community. As time goes on, expect to see 4k present in most cameras, bridge, DSLR, and beyond.

The Panasonic Lumix FZ1000 has a below average battery life when compared to other bridge cameras. It is rated at around 360 still shots per battery, which is an uninspiring number.

To be frank, the dmc-FZ1000’s battery life isn’t horrendous as this sort of capacity is common with bridge and mirrorless camera – just don’t expect something that will last as long as DSLR. Batteries are removable as well so photographers can carry several spares in their camera bag for longer shooting.

The Panasonic Lumix FZ1000 has all the usual ports that come standard in a well-rounded camera. This means shooters have several options for installing new accessories on FZ1000.

Aside from the usual suspects, the Panasonic Lumix FZ1000 has an HDMI and microphone port. This bodes very well for videographers who want to improve the sound quality of their videos or stream videos live on a screen.

A standard hot shoe is also found on the camera, which allows you to mount a higher quality flash. The Panasonic Lumix FZ1000 has a built-in flash that pops up but, like most built-in flashes, it’s not very strong.

There is obviously no option to change the lens on the Panasonic Lumix FZ1000. This may be a silly thing to point out, as it’s why people look at bridge cameras in the first place but thought it was worth mentioning.

The Verdict on the Panasonic Lumix FZ1000

If it hasn’t been made clear already, we are still very excited about the Panasonic Lumix FZ1000. Thanks to its high-quality components and incorporation of cutting edge technology, this camera has aged well over the years.

Image quality is still top notch in the Panasonic Lumix FZ1000, thanks in part to its larger sensor. Though you won’t have as much reach as some of the newer bridge cameras, noise will still be less common with the FZ1000.

The Panasonic Lumix FZ1000 was fast before and is still fast now. Autofocusing is still at a competitive level and we’re eager to see how far it’ll go before becoming obsolete. (We don’t think that’s anytime soon.)

A fast processor backs the FZ1000 autofocusing ability, ensuring that you’ll be able to snap quick and accurate frames.

Panasonic was smart to include 4k video recording in the FZ1000; once a nice-to-have, this is now a necessity. Excluding such tech would’ve been a real downside.

The real shining star of the Panasonic Lumix FZ1000 is that it’s so inexpensive these days! The price of this camera has dropped to nearly 50% of its original value, which is a fuckin’ steal if you ask me.

Do want a fast camera with great autofocus and the ability to shoot 4k? Are you on a budget and need a camera that is reasonably priced? Then the Panasonic FZ1000 is the camera for you!

The Panasonic Lumix dmc-FZ1000 is for you if you…

Need a larger sensor than the average bridge camera

The Panasonic Lumix dmc-FZ1000 isn’t for you if you…

Are concerned about size and portability

Want an ND filter built into the camera

Need something that can keep with a DSLR

What is our final score for the Panasonic Lumix FZ1000? We give it a rating of 4 out 5 stars!

Find out how YOU can support the site.

We’re a big site with a big team and this job isn’t always easy. But we do it because we love it – we love providing epic and free content. We love the knowledge that our content keeps you adventuring. We don’t ask for money, but if you’d like to find out how you can help the site in more organic ways, click the button below.
Thank you for your support 🙂

And for transparency’s sake, please know that some of the links in our content are affiliate links. That means that if you book your accommodation, buy your gear, or sort your insurance through our link, we earn a small commission (at no extra cost to you). That said, we only link to the gear we trust and never recommend services we don’t believe are up to scratch. Again, thank you! 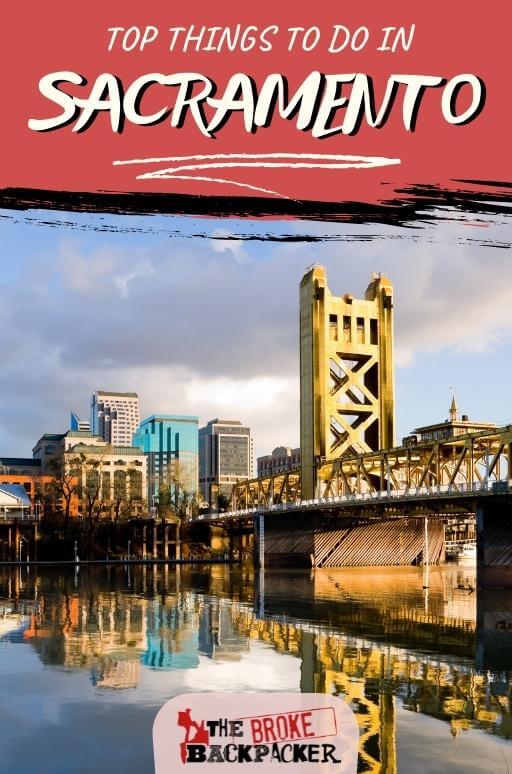 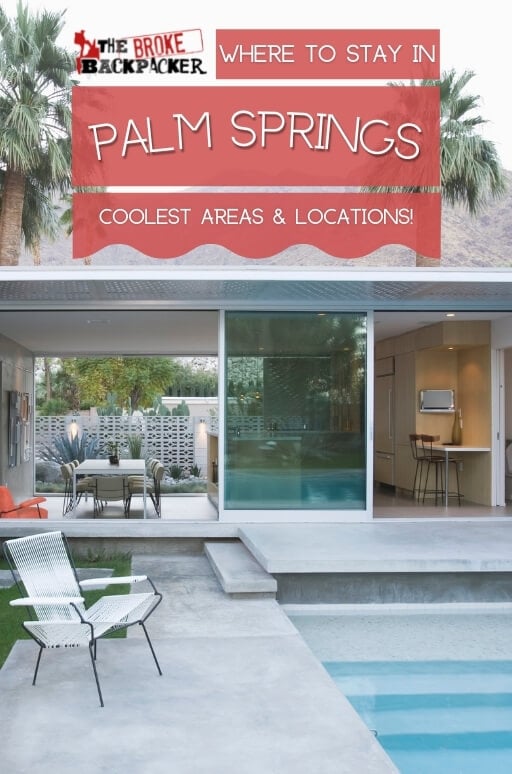 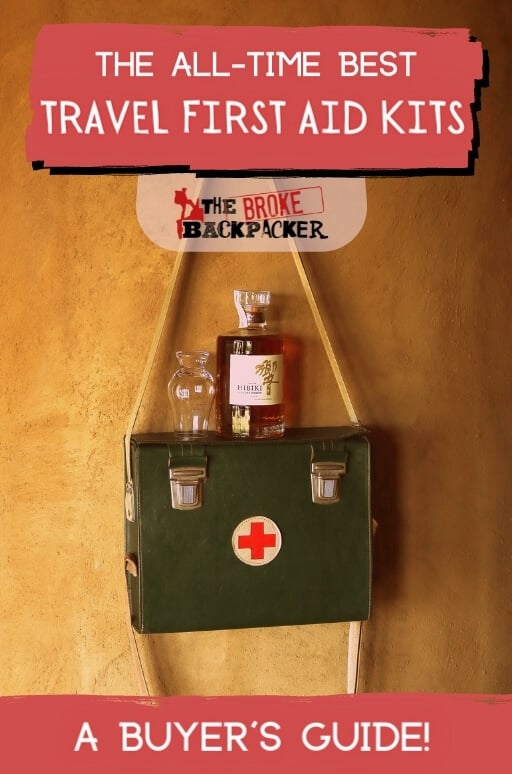